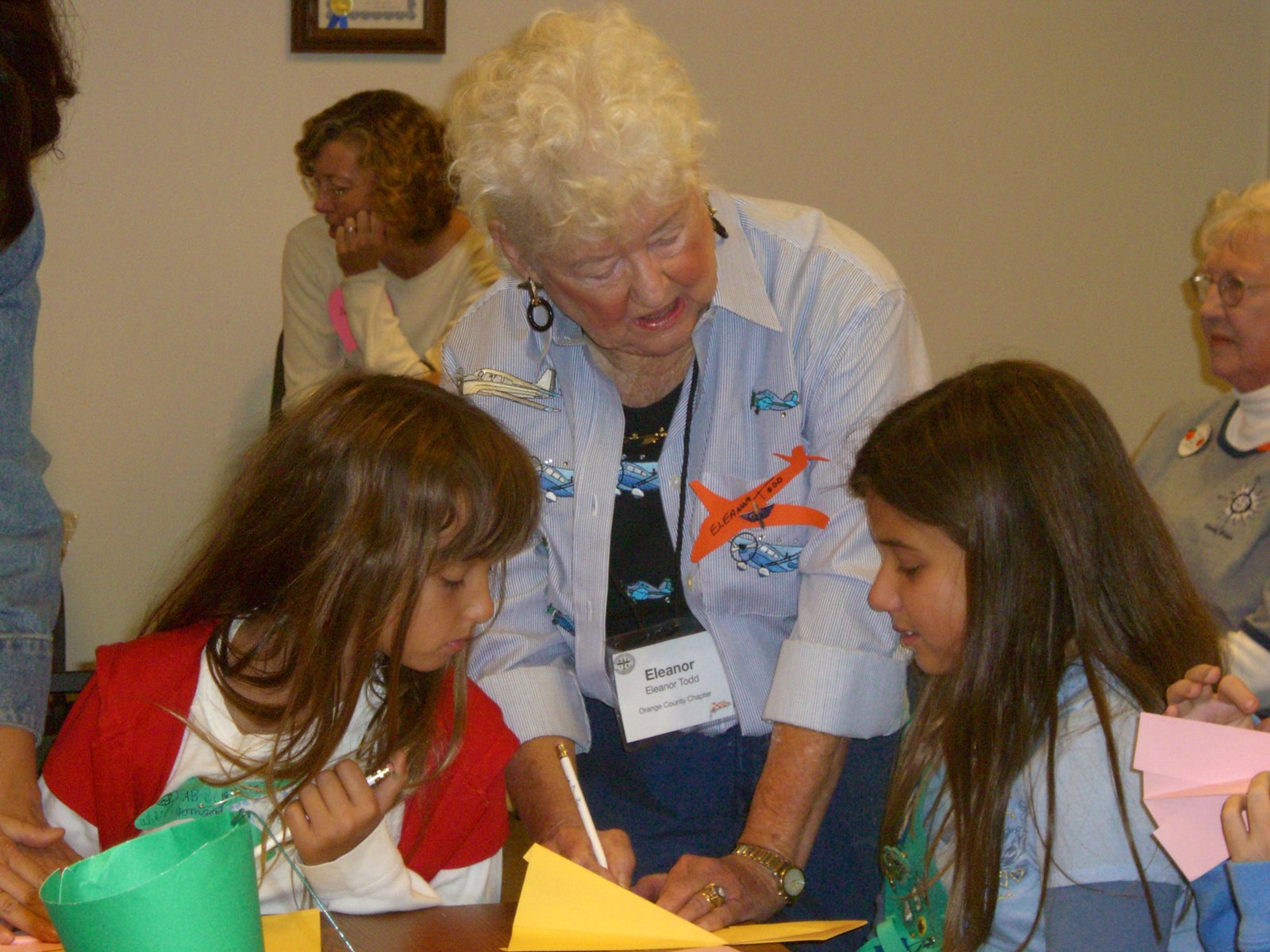 In 1989, the John Wayne Airport Tour Program started for those interested in learning more about the Airport and its history.  John Wayne Airport invited The Ninety-Nines, Inc., the International Organization of Women Pilots, founded in 1929, specifically the Orange County Chapter, to be part of their inaugural tour guide program.  This was quite a privilege and long-time member and pilot Eleanor Todd was among the first to jump in and help.  In the long run, she created a great partnership with the Airport.

When the program first began, tour guides were able to take groups through the Airport terminals, on the ramp and occasionally inside the airline aircraft.  After 9/11 all of this changed.  Stricter security measures were implemented, but the Orange County 99s tour guides did what they do best. They overcame a challenge and continued to succeed.

Eleanor Todd cared deeply about John Wayne Airport.  Having learned to fly there it was often said she was the happiest when she was at the Airport sharing with the public its many historical moments.

Because of Eleanor’s ongoing dedication to aviation, the Todd family, upon her passing, donated to support three scholarships, all three to help young ladies pursue their aviation dreams and goals. Subsequent to that initial funding, members and friends continue to donate to the Eleanor Todd Aviation Scholarship.  By these means, we are keeping Eleanor’s wishes alive.

The Orange County 99s is a highly recognized and respected part of the aviation community at John Wayne Airport.  The Chapter’s commitment to the Airport continues to foster goodwill to the benefit of our organization.

Article written by Pat Prentiss of the OC99s