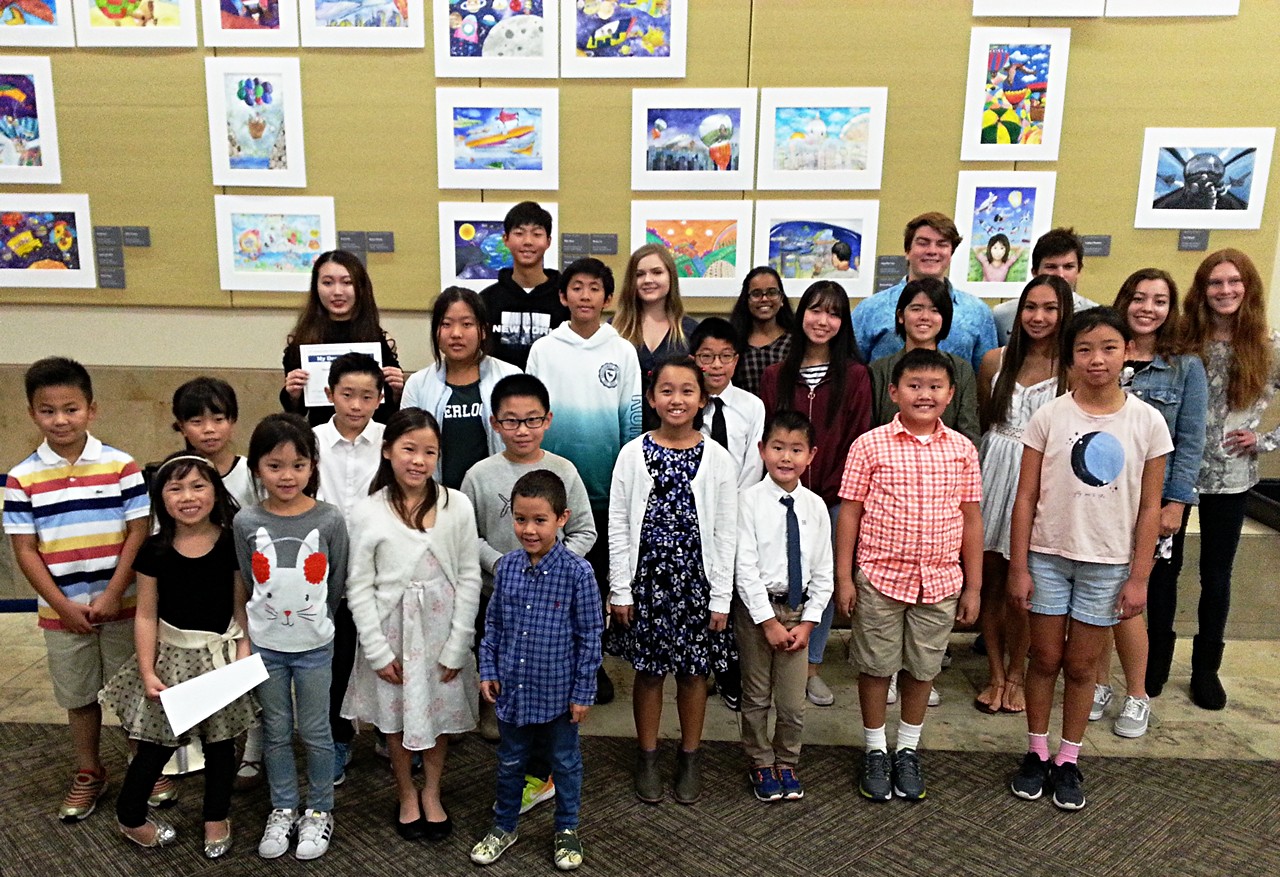 John Wayne Airport has announced the winners of its 29th Annual Student Art Contest, themed “My Dream To Fly.” Among 750 entries received from public and private schools across Orange County, students Yue Zhang from College Park Elementary School and Katherine Gasper from Santa Margarita Catholic High School were recognized as Grand Prize winners in this year’s contest. Their artwork, along with that of other winners, is on display in the Thomas F. Riley Terminal (Arrival Level behind Baggage Carousels 1 & 4) through January 7, 2019.

JWA implemented its annual Student Art Contest in 1990 as part of the opening of the Thomas F. Riley Terminal. In 1996, the Airport began coordinating its art contest with the International Aviation Art Contest sponsored by the National Aeronautic Association, National Association of State Aviation Officials, National Aeronautics and Space Administration and the Federal Aviation Administration in cooperation with the Fédération Aéronautique Internationale.

To view all of the award winners’ artwork and learn more about JWA’s annual Student Art Contest, visit www.ocair.com/terminal/artexhibits/studentart/.

Congratulations to all of the talented student artists who participated in this year’s contest!