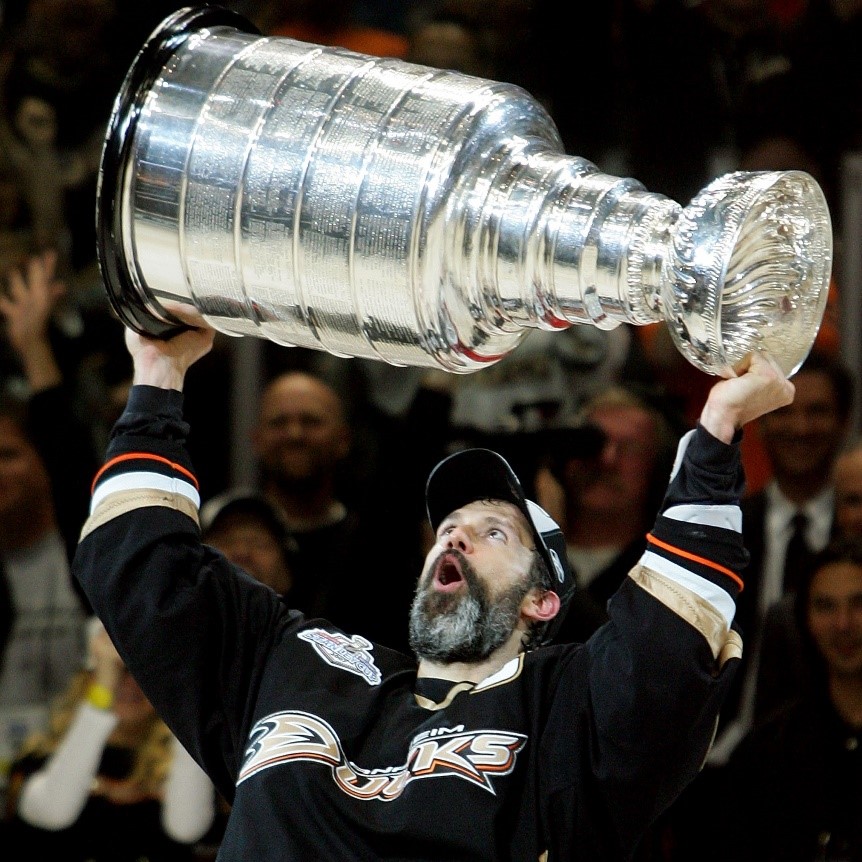 A new exhibition featuring commemorative artwork, posters, hockey jerseys, and memorabilia celebrating the Anaheim Ducks 25th Anniversary and chronicling the history of the Orange County franchise is on display at John Wayne Airport.

The fun and informative exhibit depicting the team’s history and achievements will be on display until December 19, 2019. Ticketed passengers can view the exhibit on the Departure (upper) Level, across from Gates 2 through 5 in Terminal A, Gates 18 through 21 in Terminal C and in the free-standing display cases across from Gate 14.

Summarized descriptions of some of the displays include:

Founded in 1993 through a franchise by the Walt Disney Company, the Mighty Ducks of Anaheim began their inaugural season on October 8, 1993, against the Detroit Red Wings, and finished the season setting a record for the most wins by an expansion team. After Henry and Susan Samueli acquired the team in 2005, a new era began for the franchise when the team officially became known as the Anaheim Ducks in 2006.

The Anaheim Ducks take pride in serving the Southern California Community through the Anaheim Ducks Foundation and a variety of charitable fundraisers, educational programs, and outreach activities. Click here to learn more.