On September 21, J.D. Power announced that John Wayne Airport was selected as the recipient of the Best Large Airport Award in the 2017 North America Airport Satisfaction Study. Now in its 12th year, the study is based on responses from 34,695 North American travelers. 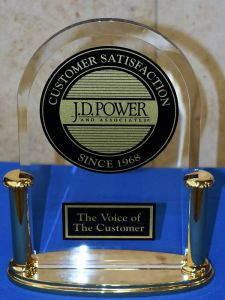 Providing a superior guest experience has been a primary focus at JWA for the past 22 months. The Airport is in the midst of a $102 million Improvement Project in Terminals A and B, that include upgraded guest facilities and new amenities like a nursing mother’s lounge and post-security animal relief area. Additional improvements in the near future will include enhanced Wi-Fi in the Terminal, more outlets for electronic devices, and price reduction strategies for Airport concessions.